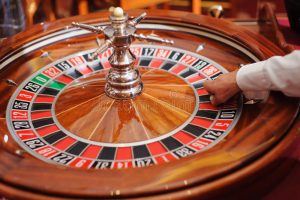 The Chumash Casino project in question involves adding on to the Chumash Casino Resort that was built in 2004. The plan includes building a 12-story hotel tower that will add 215 rooms for a total of 321, expanding the gaming floor by 60,000 square feet, adding a 750-space parking garage to the existing 1,070-space garage and upgrading dining facilities. (The Willows fine-dining restaurant and Creekside Buffet closed in late March to make way for the expanded dining options.)Local activist organization Save the Valley filed a suit on Friday against individual members of the Santa Ynez Band of Chumash Indians, alleging the tribe is engaged in an illegal casino expansion.

The Chumash Casino project was approved and construction began last year, with an estimated completion date of May 2016.

Filed in U.S. District Court for the Central District of California, the complaint states that the property the casino sits on is not federal tribal trust land, and counters the tribe members’ contention that they can “use the land for whatever they want, including gambling, their envisioned high-rise hotel, and massive parking structures, all of which are violations of local, state and federal law concerning this land.”

Vincent Armenta, tribal chairman, said they had not been officially served with the complaint as of Friday evening. He called the accusation that the reservation is not a federal tribal trust land ridiculous.

Mr. Armenta said the deed makes it clear that the casino is on a 99-acre federally recognized reservation land.

A federal Indian reservation is a permanent tribal homeland, where the federal government holds title to the land in trust on behalf of the tribe, he said. “They (Save the Valley) are saying the reservation is not a reservation. It is a poor attempt to misread the deed.”

Addressing the complaint’s allegations of several violations of local, state and federal law, including the National Environmental Policy Act, the state Environmental Quality Act, violations of Santa Ynez Airport height restrictions, and fire safety standards, the chairman pointed out all the issues have been addressed through the county and state.

“How can we move forward with a project if it wasn’t approved?” he said. “We went through a long process, addressing all those concerns with the county and the state, and every single agency we needed to go through, we’ve gone through.”

The complaint, filed by Kelley Clarke PC LLP, states “this suit is necessary and there is no other recourse to appeal or legally challenge the final environmental evaluation executed and certified by the business committee members for the Santa Ynez Band of Mission Indians.”

“This is a frivolous lawsuit that is a personal attack that will not get anywhere,” Mr. Armenta rebutted. “This is the same lawsuit they had on the state level and now they are doing it again” at the federal level.

“This is really just another attempt to stop us from developing the casino. Every alleged violation in the complaint was addressed by the environmental evaluation,” he said. “I am really not sure what else I can say.”

If you have any questions or want additional information, please contact Matthew Clarke of Kelley Clarke PC at matt@kelleyclarkelaw.com.