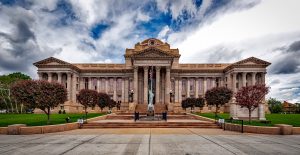 KC’s client sought to intervene in a case decided in 1906. The 1906 case held that the Santa Ynez Band of Chumash Indians could reside on the land and use the water for agricultural purposes. The court ruled that the Chumash band could never make an aboriginal claim to the land or use it for commercial purposes. The band has obviously “forgotten” the 1906 judgment. They built a casino, hotel and parking structure. The purpose? To generate wealth for a select few Chumash band members. The issue facing the Ninth Circuit is whether to remand the case back to the Santa Barbara County Superior Court where it belongs. KC’s client seeks to stop additional Chumash expansion once back in the Santa Barbara Court. The 1906 Judgment ruled that the property could be used for residential and agricultural purposes, not for building a casino, hotel and parking structure, among other commercial construction.

Santa Ynez Case Goes on Appeal
KC vigorously argued that the right to removal of the case to the Federal Court system has long expired, in fact, over one hundred years ago. After all, the federal government and the Santa Ynez Chumash Band consented to a trial in Santa Barbara County. They litigated the case to conclusion and thereby waived the right to choose a new venue. There has never been a case such as this which will test this issue: Is there a “time limit” to the right to remove a case from state court to federal court? KC will update this report after the hearing in the Ninth Circuit. This appeal will be decided in the coming months after oral argument.