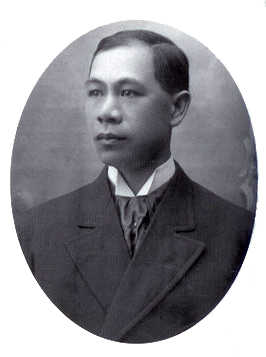 Chinese Lawyer Admitted to California Bar After Prior Rejection

The California Supreme Court granted Chinese lawyer Hong Yen Chang posthumous admission as an attorney and counselor at law in all courts of the state of California.  Hong Yen Chang was a native of China who came to the United States in 1872 as part of an educational program to teach Chinese youth about the West.  This is an early example of a multi-cultural exchange, even for a Chinese lawyer.  The California Supreme Court’s decision granting him admission recounts his personal history and extraordinary achievements.  Long ago, Mr. Chang was denied admission to the California Bar.  But more than a century later, Chang’s descendants and the Asian Pacific American Law Students Association at the University of California, Davis School of Law have sought to right this wrong.  He is now admitted to the California Bar.

The Court noted, “Even if we cannot undo history, we can acknowledge it and, in so doing, accord a full measure of recognition to Chang’s path-breaking efforts to become the first Chinese lawyer of Chinese descent in the United States. The people and the courts of California were denied Chang’s services as a lawyer. But we need not be denied his example as a pioneer for a more inclusive legal profession. In granting Hong Yen Chang posthumous admission to the California Bar, we affirm his rightful place among the ranks of persons deemed qualified to serve as an attorney and counselor at law in the courts of California.”

The decision is interesting and informative and worth reading.