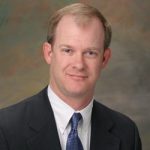 You were just terminated…now what?

Can you sue or do you have to arbitrate?  If the unfortunate day comes when you have a dispute with your employer or you were wrongfully fired, you might think that you will have your day in court. You will first need to think back to the point when you were hired and whether you signed an agreement in which you waive your right to have your dispute heard by a jury. You may have even waived your right to have your dispute heard by a court of law. You may have already agreed that your dispute must be heard by one or more arbitrators whom you will have to pay to decide your dispute, even if they decide against you. This will briefly outline a few of the issues which arise in deciding whether an arbitration agreement is valid.

Did you “consent” to Arbitrate?

The consent of the parties to a contract must be communicated by each party to the other. (Civil Code, § 1565(3).)

“Mutual assent is determined under an objective standard applied to the outward manifestations or expressions of the parties, i.e., the reasonable meaning of their words and acts, and not their unexpressed intentions or understandings.” (Alexander v. Codemasters Group Limited (2002) 104 Cal.App.4th 129, 141, disapproved on other grounds in Reid v. Google, Inc. (2010) 50 Cal.4th 512, 524.)

The court explained: “To support a conclusion that an employee has relinquished his or her right to assert an employment-related claim in court, there must be more than a boilerplate arbitration clause buried in a lengthy employee handbook given to new employees.” (Id. at p. 1522.)

“The right to arbitration depends on a contract. Accordingly, a party can be compelled to submit a dispute to arbitration only where he has agreed in writing to do so.” (Boys Club of San Fernando Valley, Inc. v. Fidelity & Deposit Co. (1992) 6 Cal.App.4th 1266, 1271, fn. omitted.)

Different facts can lead to a different result. If the mandatory arbitration policy is not buried in a lengthy employee handbook, the result could change. If the arbitration policy was set out in its own two-page, easy-to-read document, separate from any other document that an employee is required to execute as part of her employment, the court can reach a different conclusion. For instance, the arbitration is clearly labeled as such, e.g., at the top of a document and clearly labeled “MANDATORY ARBITRATION POLICY” in capitalized lettering, unmistakably informing the employee of the document’s purpose.

In 24 Hour Fitness, Inc. v. Superior Court (1998) 66 Cal.App.4th 1199, the employee argued that the arbitration clause was “illusory” and “fatally lacking in mutuality” because it permitted the employer to modify unilaterally any provision in its personnel handbook, including the arbitration provision, at any time. (Id. at 1213.)

The court rejected that argument, noting that the employer’s discretionary power to modify the terms of the employment agreement “indisputably carries with it the duty to exercise that right fairly and in good faith. [Citation.]” (Id. at 1214.) So construed, the court held, “the modification provision does not render the contract illusory.” (Ibid.)

Courts have followed 24 Hour Fitness and concluded a binding arbitration agreement exists even though the employer retains the right to modify its personnel policies. (See, e.g., Peng, supra, 219 Cal.App.4th at pp. 1473‑1474 [following 24 Hour Fitness and rejecting argument that provision for unilateral modification rendered the arbitration agreement illusory and lacking in mutuality].

Similarly, in Serpa v. California Surety Investigations, Inc. (2013) 215 Cal.App.4th 695, 707‑708, the Court held that “the implied covenant of good faith and fair dealing is properly applied in this case and saves this arbitration contract from being illusory.”

You can imagine a situation where an employer hands out a personnel handbook and asks the employees to sign it. The employee dutifully signs it but the employer never does. Given that an agreement to arbitrate requires an “agreement,” and the employer has never signed the document, how can there be an agreement?

The courts have even held that the writing memorializing an arbitration agreement need not be signed by both parties in order to be upheld as a binding arbitration agreement. In Banner Entertainment, Inc. v. Superior Court (1998) 62 Cal.App.4th 348, the court explained, “it is not the presence or absence of a signature [on an agreement] which is dispositive; it is the presence or absence of evidence of an agreement to arbitrate which matters.” (Id. at 361.)

Evidence of a binding agreement to arbitrate even if unsigned, can be based, for example, on “conduct from which one could imply either ratification or implied acceptance of such a provision.” (Craig v. Brown & Root, Inc. (2000) 84 Cal.App.4th 416, 420‑423 [despite absence of a signed writing acknowledging receipt of the memorandum and brochure containing the arbitration provision, the employee’s continued employment constituted implied acceptance of the agreement].)

This is just a sample of the issues that arise with arbitration agreements in the employment law context. There are other defenses that the employee can assert to keep the dispute in a court or in front of a jury.