Are Attorneys Now Insulated From Malpractice During Mediation? 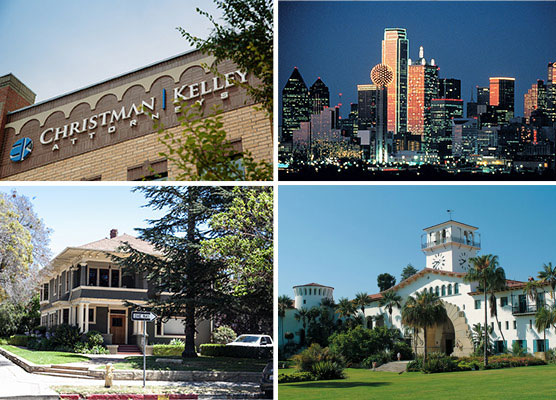 Are Attorneys Now Insulated by Mediation Confidentiality From Malpractice During Mediation?

Have you ever wondered if something you said or did during a mediation could come back to haunt you?

The California Supreme Court recently addressed the scope of California’s mediation confidentiality statutes in Cassel v. Superior Court of Los Angeles County, No. S178914, decided January 13, 2011.  In Cassel, the Court held that California’s mediation confidentiality statutes protect private discussions made between a mediating client and his attorneys from subsequent disclosure.  Pursuant to Cassel, these discussions are not coming into evidence and therefore cannot be used against the attorney in a later malpractice suit.

California Evidence Code section 1119, which is part of California’s mediation confidentiality statutes, provides that nothing said, admitted, or written is discoverable or admissible “in any arbitration, administrative adjudication, civil action, or other noncriminal proceeding” if the statement, admission, or writing was made “for the purpose of, in the course of, or pursuant to, a mediation . . . .”  Section 1119, further provides that “[a]ll communications, negotiations, or settlement discussions by and between participants in the course of a mediation or a mediation consultation shall remain confidential.”  The legislative purpose behind California’s mediation confidentiality statutes is to encourage the use of mediation, “by promoting a candid and informal exchange” of information.

Michael Cassel settled his case during mediation.  Cassel’s attorneys, Steve Wasserman, David Casselman, and Thomas Speiss (Real Parties in Interest), allegedly mistreated Cassel, and coerced him into accepting a settlement amount that was considerably lower than what Cassel had previously agreed to accept.  Cassel alleged, inter alia, that his attorneys forced him to remain during the entire fourteen hour mediation, accompanied him to the bathroom, called him “greedy” for not initially accepting the settlement offer, and made several misrepresentations to him regarding the material terms of the settlement offer.

Following the mediation, Cassel sued his attorneys for malpractice, breach of fiduciary duty, fraud, and breach of contract.  Prior to trial, defendants moved to exclude all evidence of private attorney-client communications during the underlying mediation, under Section 1119.  The trial court granted the motion, but the Court of Appeal reversed the trial court’s order, reasoning that Section 1119 was intended only to prevent disclosure of communications made between disputing parties in mediation, rather than all participants in mediation.  The California Supreme Court reversed the Court of Appeal’s judgment, thereby upholding a strict interpretation of the mediation confidentiality statutes.

In overruling the Court of Appeal’s judgment, the Supreme Court relied on the “plain language of the mediation confidentiality statutes,” and noted that the purpose of Section 1119 was “to ensure that the statutory protection extends beyond discussions carried out directly between the opposing parties to the dispute, or with the mediator, during the mediation process themselves.”  The Court further held that “absent an express statutory exception, all discussions conducted in preparation for a mediation, as well as all mediation-related communications that take place during the mediation itself, are protected from disclosure.”  In sum, the Court held that all communications made during mediation are covered by the mediation confidentiality statutes, so long as they are made “for the purpose of,” or “pursuant to” mediation.

The Court stated that the “protection afforded by these statutes is not limited by the identity of the communicator, by his or her status as a ‘party,’ ‘disputant,’ or ‘participant’ in the mediation itself, by the communication’s nature, or by its specific potential for damage to a disputing party.”  In interpreting the statute, the Court reasoned that, although “participant” is not defined in the statutes, it clearly includes more than just the disputing parties in mediation whenever the term is used in the statutes.

In overruling the Court of Appeal, the Supreme Court did not express any view “about whether the statutory language, thus applied, ideally balances the competing concerns” of promoting mediation and allowing clients to support their legal malpractice action.  The Court only concluded “as a matter of statutory construction, that application of the statutes’ plain terms” did not “produce absurd results that are clearly contrary to the Legislature’s intent” in enacting the mediation confidentiality statutes.

The result of Cassel will be that any alleged breach of duty or breach of the standard of care during mediation will be off limits.  Future case law will have to resolve precisely when “mediation” begins and when it ends for purposes of excluding evidence.